The Commodore Amiga architecture is 16 or 32 bit therefore it is wrong to refer at her sound as "8 bit sound" because "8 bit" refers to the host architecture. 8 bit sounds are called like this because they were found in 8 bit computers.

The Amiga sound chip has a resolution of 8 bit but it's not hosted in a 8 bit computer. It can do chipsound like 8 bit just because it can playback samples of those waveforms.

The 8 bit limit of her Paula chip is not responsible for the typical crunchy Amiga sound because one could downsample anything on a normal PC and still be light years behind the texture which Paula chip adds to the sound.

So here we are with an example of Amiga sound applied to the one genre which has more to earn from it: basic-in-your-face Techno! 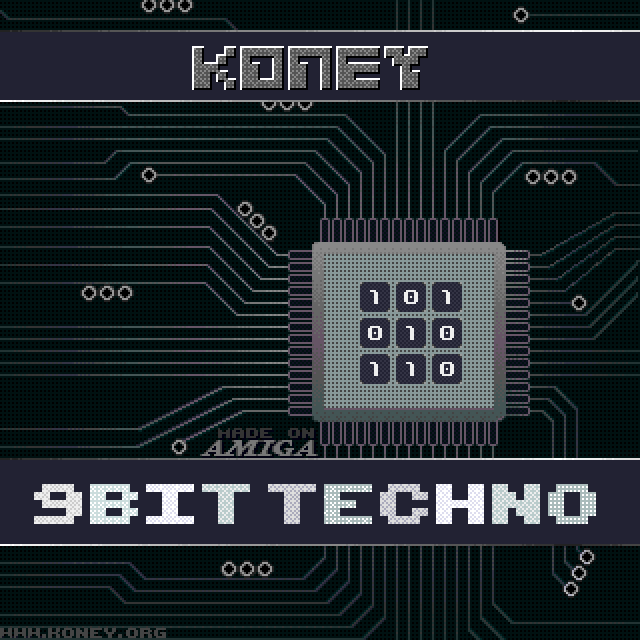